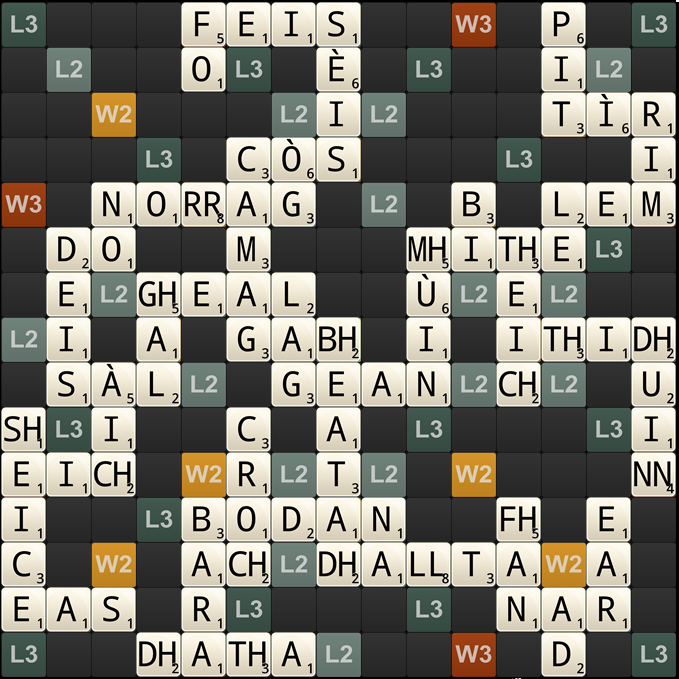 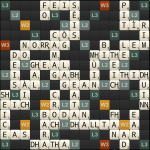 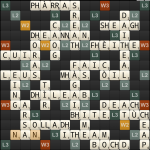 This game is a bit similar to Scrabble. You basically play against other people on the net, trying to put down Gaelic words on a board and depending on the value of the letters and what fields you put them on, you get points. Both simple and challenging in Gaelic! It works on many platforms – any browswer of course but there are also apps for Android, Blackberry Playbook, iPads and iPhones and Windows Phone 7 on top of that! 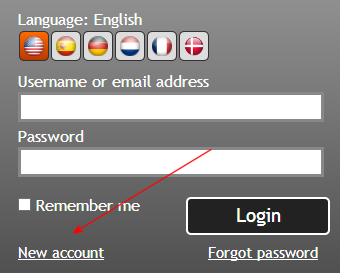 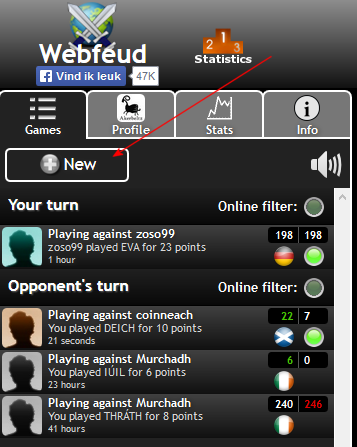 There are many different options now, quite a lot of languages too:

Click on the Scottish flag for a Gaelic game (note you can play several games and in several langzages at the same time, it’s quite flexible).

Now you have to choose a game type. Unless you have a specific opponent in mind, just hit Random Player for now: 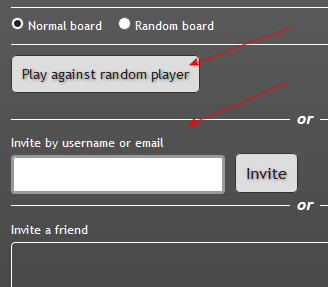 Webfeud will now look for someone who is also wanting to play in Gaelic against a random player. That’s it really.

The game also pulls some info from the Faclair Beag. This is a useful tool if someone plays a really odd (but permissible) word and you want to know what the devil it means. Just click the little yellow icon in the centre above the board: 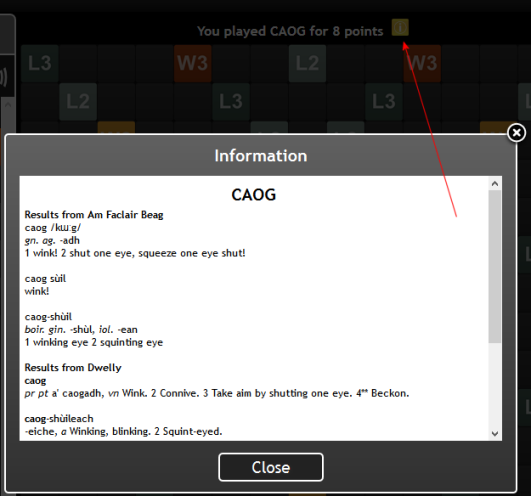 Where’s the h? And why can’t I play C-I-A-L-L?
There isn’t one. When we started designing the Gaelic set, we did some research on letter frequencies and such things. Initially we did have one letter on each tile but that didn’t work at all. Too often you’d end up with a handful of h’s and nothing else that was useful. We then tried the digraphs that are more natural in Gaelic anyway – bh, ch, dh, fh, gh, ll, nn and so on. And lo and behold, that worked really well. So that’s why there is no h and why you can’t play L-L (you need LL on the same tile).

I don’t have time to play a whole game