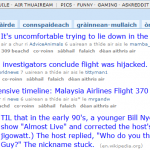 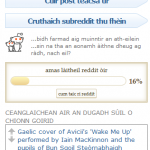 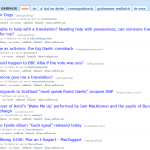 reddit is half way between a social netword and a news service where people (the redditors) can post stuff such as bits of news or links to a page containing a news item. According to how folk vote on it, it can go up in prominence – or down.

Once you’ve created an account, it’s easy to change it to Gaelic: 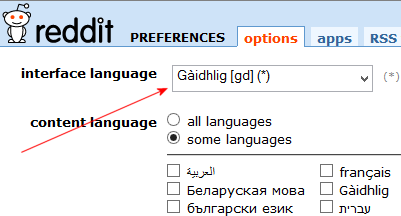 Now, where it says content language, that’s where you indicate what languages you’ll be writing in. You can pick more than one and you can change it any time. Just so reddit knows which categories to put your things in: 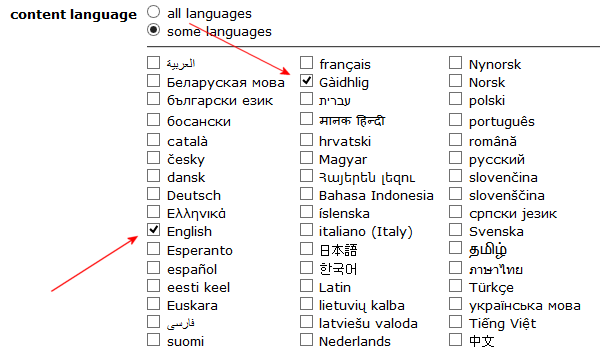 And don’t forget to hit Save at the bottom of the page:

Oh and if you’re slightly confused by the odd bit of Gaelic which starts with is acher in gaíth in-nocht, here’s the solution.

Now, if you also use a Gaelic browser (like Firefox, Opera or Internet Explorer) reddit will also crop up on other websites (that is, other than reddit’s own website) too, like here on Al Jazeera: 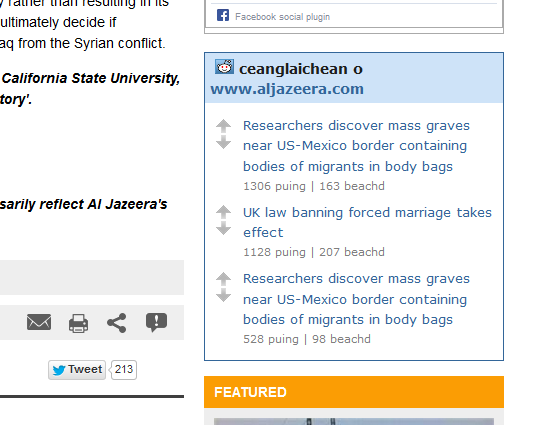