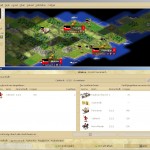 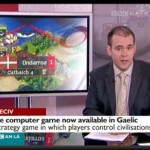 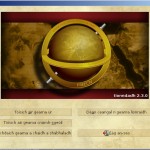 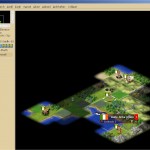 Freeciv is a computer game, the first “big” game that ever became available in Gaelic. It’s a strategy game where you play a tribal chieftain in the stone age who has to grow this tribe into a civilization.

The game is free, based on the code of Sid Meier’s Civilization,a game that many of you will remember fondly. Or, if you’ve never heard of it, think of it as a variant of Age of Empires. You can play on your own or multiplayer over a network.

The old Civilization didn’t have much to offer in terms of the nations you could play but in Freeciv on the other hand you can choose from an immense range of nations, from Etruria to Martians. There’s even a nation-set for Scottish Gaels!

There are a couple of things we need to explain about how to make sure the name shows up in Gaelic.

This is fairly easy. Grab the file for Windows and double-click it to start it. There’s nothing weird but on the following screen, make sure you pick gd (Geek-speak for “Gaelic”): 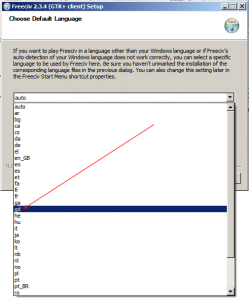 That’s it. There’s more info below about how to play the game.

A bit more complicated. Get the file first and start the dmg manually if it doesn’t come up automatically and tell it you’re sure you want to install it: 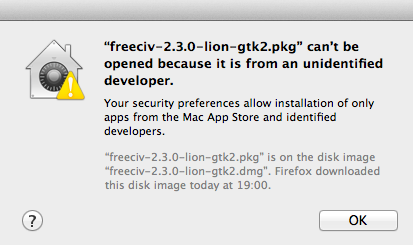 It may just appear in Gaelic automatically if you have a fairly new Mac and if you picked Gaelic as the system locale. If not, try the following.

To start the Freeciv server:

The game should appear in the language you picked as your preferred system language. If you’re not sure what you picked, check the settings in Administration » Language Support (in Ubuntu 10.04 and newer versions).

If your distro of Linux doesn’t support Gaelic right now, try this to start it in Gaelic: LANG=gd_GB.utf-8 freeciv-gtk2

Fòram na Gàidhlig did a short video guide for this.

Player 1 – The first person has to be the “server”. Start Freeciv and a new game:

Pick the number of player:

To pick the nations of the other players, right-click on their team and select Tagh nàisean:

Now you have to tell everyone what your IP is. On Windows, do the following:

On the Local Area Network tab, enter the IP that Player 1 has given you and click Ceangail:

Pick the team you want to play, for example Sgioba 1 with Zabel I as a chief. Click Gabh Zabel I (The word “Gabh” will appear with different names, depending on your selection).