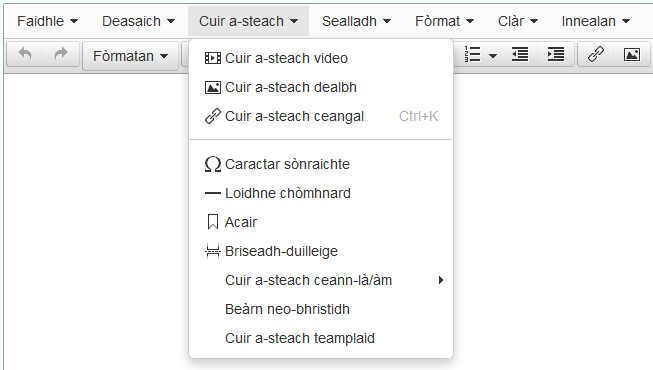 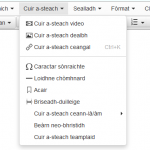 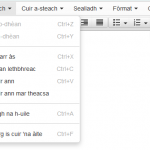 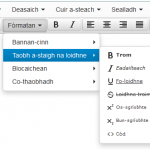 TinyMCE is a WYSIWYG editor (JavaScript-based) which is independent of your platform. On top of that, it’s also OpenSouce (under LGPL).

It’s a useful tool for allowing editors who can’t write HTML to compose text in their web-browser which TinyMCE will then turn into HTML. From the user point of view, they get editing icons which are pretty similar to those in LibreOffice or Microsoft Office.

There’s guidance on the TinyMCE site which tells you how to set the user interface language for TinyMCE but here it is in a nutshell, just in case. At the top of your site’s code, you have to put gd into the language line: